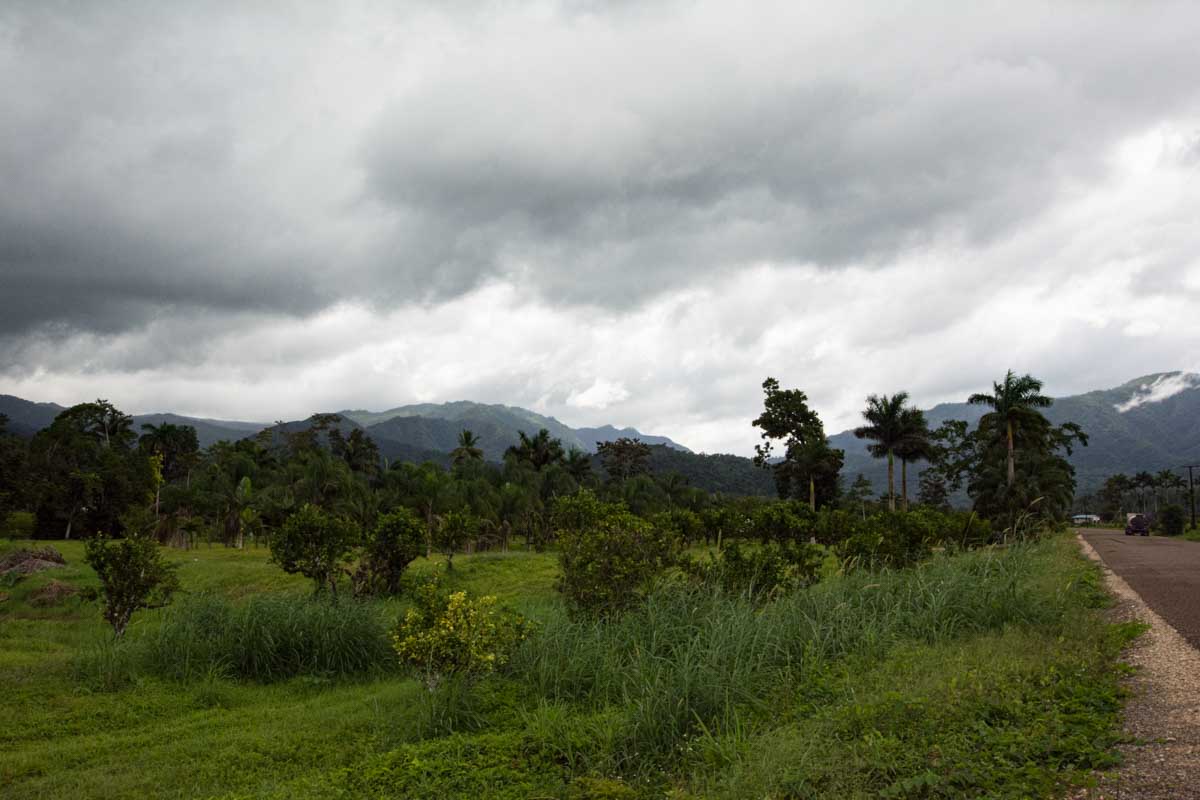 A cloudy day on the Hummingbird Highway

Belize weather consists of a tropical climate with two seasons. — A rainy season and a dry season.  The rainy season starts in June and runs through to November and into December when rains lessen.  Then from December through to May is the dry season.

Winter brings a few coolish days when a cold snap blows through.  But Belize weather is still generally quite warm.

And the weather in Belize is impacted by its regions, with Toledo in southern Belize known for being the rainiest region, with a shorter dry season.

Here are charts with average high and low temperatures, rainfall, and humidity for Belize.

In January, Belize weather is usually at its coolest.  Though by northern standards, it’s still warm.  Or as Belizean’s say. — No bad days!

In March, Belize weather is often at its driest.

Usually, Belize’s weather is the warmest and sunniest in May.

Belize Weather in September is known as the wettest.

So enjoy Belize’s warm tropical weather. — And know even on rainy days, the sky will usually clear for a while, and the sun will shine through.